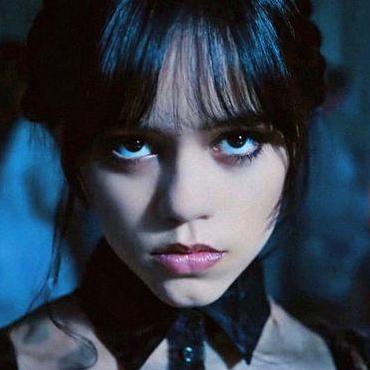 In this post, we are going to take a look at Redline Stealer, a well-known .NET based credential stealer. I will focus on unpacking the managed payload and extracting it’s config, for a more detailed analysis of the payload you can check out this post by c3rb3ru5d3d53c.

Dealing with the native dropper

Many of the in-the-wild samples of Redline are plain .NET applications with pretty basic custom obfuscation. Considering that many commonly used obfuscators lead to false positive AV detections this is very likely intentional. Although primarily using .NET, many samples come packed in a native x86 wrapper that will load the managed payload at runtime. Unpacking this native dropper is quite simple, it uses process hollowing on a legitimate process. We can use this to our advantage; since the injection requires the process to be started in suspended mode we can simply use a debugger to pause the execution before the process is unsuspended and dump it. The injection target might vary between versions. In my case, they inject into AppLaunch.exe which is a utility binary of .NET Framework 4.0+, that is part of the standard Windows 10 install.

It then performs simple process hollowing. Which we can simply dump. For this, I use x32Dbg, and set a breakpoint on NtResumeThread then continue execuction. Once the breakpoint hits I dump the AppLaunch.exe process, that was spawned by the dropper, using ExtremeDumper to get a perfectly working managed image from the process. Make sure to run ExtremeDumper as Admin to find the AppLaunch process. Once we have the dumped image we can simply terminate AppLaunch.exe and our debuggee.

Dealing with the managed part

Most of Redline’s obfuscation is focused on the strings. Not all strings are obfuscated but most of the characteristic ones are, especially strings that can be used to detect the malware. These obfuscated strings are constructed at runtime from a char array and in some cases, they have random text inserted that will be removed from the string before it’s used.

Since this was quite annoying to get rid of manually for the whole binary I decided to write a custom tool. The tool is pretty simple, it consists of two clean-up stages. The first one is to remove the array to string assignments And the second one is to clean the inserted text and replace operations. I also added a stage for config extraction which will be discussed later. As per usual I came up with a fun name for this tool: It’s called Greenline.

The first thing that happens is the array initialization. At IL_0001 the size of the array is pushed on to the stack as an integer, next a new array of type char is initialized. For the next part I need to explain how arrays in .NET are actually stored.

For value type arrays like char, byte etc. that are initialized inline and have more then three elements the compiler will generate a ![](new type named <PrivateImplementationDetails>. The type contains fields that point to chunks of bytes within a data section of the PE. These fields are of a struct type with a hardcoded size, telling the runtime the size of the chunk. At runtime, the System.Runtime.CompilerServices.RuntimeHelpers::InitializeArray method is called to perform a memory copy of the data referenced by the field into the array’s memory location.

After the array has been initialized it is consumed by the System.String constructor at IL_0012. Since this CIL pattern can in some cases be different or deliberately altered by an obfuscator I decided to use Echo1, a framework with data flow analysis capabilities for CIL. With Echo we can reliably resolve the dependencies of the call to InitializeArray.

In this snippet we can see that the string constructor call is preceded by a call to InitializeArray. This call depends on a couple more instructions. First an array object, which is made up of the instructions from 0020 to 0022 the size of the array which is 19 then the type of the array object char. The dup copies the top most stack item which is the array object and pushes it on top of the stack again, which is later used by the string constructor. Next ldtoken pushes the handle to the field in <PrivateImplementationDetails> onto the stack. So now we have everything our call depends on. Echo can find these kind of dependeny relations automatically, using a symbolic flow graph to obtain all instructions that are required by a consumer like the call in the example.

Using the obtained dependencies we can manually construct the string and patch the old CIL with just a string assignment, replacing all no longer needed instructions with NOP’s.

The second stage follows the same logic, but this time we search for all calls to the Replace method using two string literals as arguments. We use Echo to obtain the dependencies and patch all no longer needed instructions with NOP’s leaving us with the final deobfuscated string.

This part is probably the most interesting for the more threat intel focussed readers :D. Identifying the config of Redline is pretty simple when we have easy access to the managed types and their members. I use an exclusion-based search, iterating through the types we abort processing for all types that don’t match our criteria. A few identifiers that I use to find the correct class:

After we find the correct class we obtain all field values by parsing the static constructor of the class, which initializes the fields. The C2 IP and the ID are XOR encrypted and Base64 encoded so we need to decrypt and decode them for that, I simply copied and simplified the decryption routine from Redline. After we decrypted the encrypted fields we have a fully readable config. 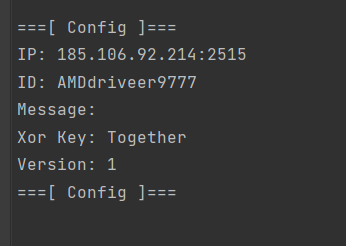 I hope you found this little post helpful and can put it to use analyzing Redline Stealer. The tool described in this post and it’s source code are available on my GitHub, feel free to check it out. If you’re interested in .NET deobfuscation in general make sure to check out the code as it’s basic approach can be adapted for other obfuscation of this kind as well.

Unpacking simple protections of common confuserex mods and other open source obfuscators. This write up was made for beginners, so if you are an experienced reverse engineer its probably not for yo...

Taking a look at AntiDumps

After developing a runtime packer in the last post, I tinkered with anti dumping techniques using PE Header manipulation. In this post I will talk about different approaches and take a look at the ...

Some thoughts on making a crackme

In the last few weeks, I’ve been taking a closer look at crackmes, especially beginner focused ones. And noticed a few things that I think many new developers get wrong. Therefore this is a little ...